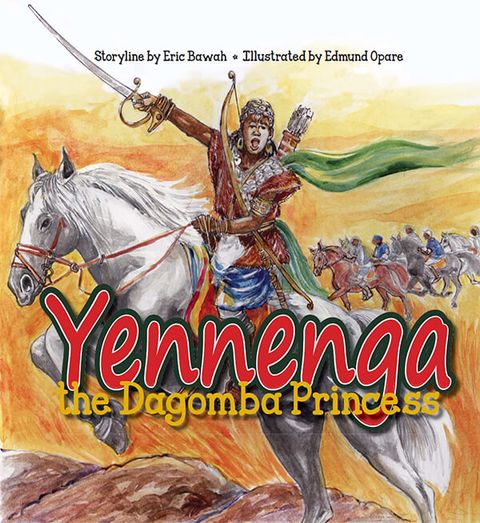 Yennenga was very athletic and she learnt to shoot arrows and throw spears. She also learnt the art of horse riding. Her father gave her a special stallion called Ouerdrago. At age fourteen she was a very skillful horse rider and an adept javelin thrower. Her father therefore took her to battles. She was a very good warrior! Her father became very proud of her, and in fact made her a battalion commander. At fourteen years of age, Yennenga started helping her father in battles. Because of her skill in battle, her father refused to give her away in marriage. Yennega loved fighting for her father in war but she also yearned to be a married woman and have children of her own. However, her father refused to give her away to any of the many suitors who sought her hand in marriage.

You will see books in all languages